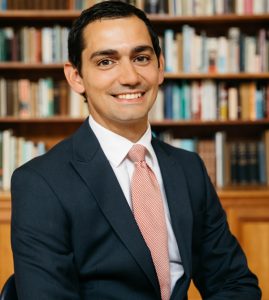 Each month award-winning Sommelier Matteo Montone shares his recommendations on wine and the wine industry.

It was back in 2019 when I first met Richard Kershaw in London, at Berners Tavern where I work as Wine Director. He came to introduce his wines and philosophy.

We had a beautiful tasting and a very interesting conversation about wines, vine clones and terroir. I was impressed by his thorough knowledge, I would say almost maniacal in knowing everything about his terroir.

Born and raised in the UK, Richard Kershaw was a successful chef before discovering wine. The career change happened quite naturally: he used to introduce and describe his dishes to his guests so he soon became as  interested in wine pairing and the choice of wine. Richard started working in wine shops, however as he became keener to learn more about wine and wine making he decided to travel the world in order to gain as much knowledge and know-how as possible.

He arrived in South Africa in 1999 where he quickly escalated his career, being appointed Group Wine Maker at Mulderbosch and Kanu vineyards. In 2012 he eventually established Richard Kershaw Wines and also became a Master of Wine.

When I decided to write about Richard Kershaw and his wines, I realised there were so many interesting things to tell about him that I had to select what to mention in my story:  it has been hard!

We recently had another conversation on Zoom and I was able to ask him how he decided to pursue his dream of making his own wine in the cool climate of Elgin, the highly regarded wine district in the Cape South Coast region of South Africa. Richard explained to me that his goal is to create site-specific, cool-climate wines from high-quality French clones of the Chardonnay, Syrah and Pinot Noir grapes. He wants to produce wines with a sense of place. Richard’s aim has always been to produce some of the best wines of their style in South Africa and his daily activity is definitely devoted to pursuing this mission.

In Elgin the  vineyards are high in altitude reaching up to 420 m and thanks to prevailing winds from the Atlantic, Elgin is one of coolest regions with an average temperature of 20 degrees in February (summer season).  Richard’s site is close to the ocean and benefits from large diurnal range – the climate leans toward Southern Burgundy and the Northern Rhône, which gives Richard’s wines an unexpected Old World feel.

Richard Kershaw is an authority on vine clones, knowing just about everything there is to know about them. To clarify in few words, clones are identical genetic reproduction achieved by taking cuttings of a single vine which is recognised for particular, and  selected for its precise, characteristics in both the field and the wine.  By comparison, vines grown from seed will have significant variations which can take years to become apparent.  Cloning allows rapid development of vines which have favourable characteristics for their particular growing conditions and wine use -  (for example, the pinot noirs of Champagne are typically different clones from those in Burgundy, which typically differ again from those in New Zealand…) This way the winemaker will be able to best suit the specific terroir.

I was astonished how Richard uses his deep knowledge of  his vineyard and clones: he vinifies many small parcels from the same vineyard according to clonal selection, soil and microclimate so that he can create wines which are the truest possible expression of  his terroir.

Richard is South Africa's only winemaking Master of Wine and he is involved in various projects.

With his expertise Richard is supporting the South African wine industry first of all to better appreciate their terroir and consequently to raise the quality of their wines.

He is a Wine Judge and member of the educational panel for the Institute of Masters of Wine. He lectures for the WSET (Wine & Spirit Education Trust) in Stellenbosch, South Africa - where in 2020 they will run the Diploma for the first time.  Not only is Richard passionate about wine and winemaking, he is generous in his help and advice to others.

I am really keen to recommend three wines across a wide range of price points, although Richard Kershaw offers such a varied and wide selection I definitely suggest you should explore further – I am sure you will not be disappointed..

Grapes are selected from 5 different small parcels in Elgin and 3 different Syrah clones.

Grapes are hand harvested and destemmed.

The wine has beautiful deep ruby red colour. At the nose it shows pronounced aromas of black berry, fresh violet, peppercorn and smoked meat. On the palate it is dense, with ripe tannins and high refreshing acidity, exceptionally long lasting and earthy mineral finish.

I recommend serving the wine at a temperature of 16-18 degrees in Syrah glass.

I would pair with a Roast Grouse with black berries and port wine jus.

The wine’s fruity character complements the flavours of the sauce and the gamey meat.

The tannins are firm but silky; they don’t overpower the lean meat of the grouse.

The wine’s great acidity cleanses the palate and cuts through the richness of the sauce.

Available at Berry Brothers for £43

(The name comes from the time of the embargoes in South Africa when growers & winemakers smuggled grapevine cuttings into the country by hiding them in their boots.)

The grapes are hand harvested and whole bunch pressed.

The wine spends 8 months on the lees and it is slightly oaked.

The wine has a nice bright yellow colour. At the nose it shows aromas of fresh mango, apricot and hazelnut. At the palate it has great fruit concentration, creamy texture and bright chalky acidity.

Somewhere between a Pouilly-Fuissé and a St. Aubin in style.

Food Pairing. I suggest serving the wine at temperature of 10 degree in white burgundy glass.

I would pair this wine with a poached lobster tail served with lemon butter sauce.

The wine’s piercing acidity will cut through the sweetness of the lobster meat, while the wine’s creamy texture mirrors the flavour and texture of the sauce.

This is an easy drinking and very well made Syrah.

At the nose the wine starts with fresh aromas of black plums, juniper nutmeg and black pepper.

At the palate it is rich and juicy, with firm structure, ripe tannins with crisp acidity.

I recommend the wine to be served at 16 degrees. It is perfect for the summer season and would  match particularly well with bbq pork rib….

If you have any questions about our courses, how to enroll, or anything else you would like to ask about then please do not hesitate to get in touch.

Email: info@wineguildeducation.org
Prefer a conversation? Send us your number and we'll call you back.

You can find more general information about our courses on the FAQ pages, or use the contact page to drop us a line.